A cyst of the meniscus

Main pageWhat do we treatKnee jointKnee diseasesA cyst of the meniscus
Back to services
A meniscus cyst is a hollow fluid formation in the thickness of the meniscus of the knee joint. This disease is a reaction of the menisci to prolonged overload of the joints. 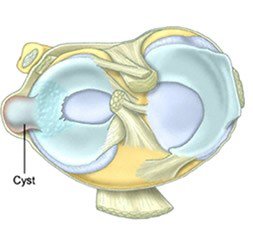 What is the danger of the disease?

The risk group is athletes, people with constant physical labor.

There are three degrees of cyst development:

Grade I-clinical manifestations are usually absent, the pathology can only be determined histologically or on MRI diagnostics. The pain is insignificant, only under the load on the affected joint.

Grade II-not only the meniscus is involved in the pathological process, but also the subcapsular zone. The pain increases, the swelling is felt

Grade III-the meniscus, the subcapsular zone and the ligaments of the knee joint are affected. The presence of a cyst is determined by palpation and visually, there is an acute pain syndrome, edema.

Among the main symptoms, acute pain in a calm state, increased temperature in the area of damage, clicks when bending, and joint enlargement should be highlighted.

In traumatology and orthopedics, the diagnosis of meniscus cysts is determined based on the clinical picture, the results of ultrasound of the knee joint, diagnostic arthroscopy or MRI of the knee joint. 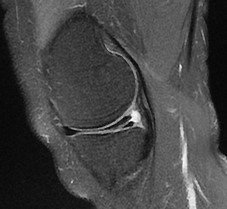 As a rule, the patient is recommended to reduce the load on the knee joint. With severe pain, painkillers and non-steroidal anti-inflammatory drugs are prescribed. The final cure of the meniscal cyst is impossible without surgery, but the complete removal of the altered meniscus leads to the rapid development of deforming arthrosis. Therefore, surgical intervention should be as gentle as possible. The preferred option is to remove the meniscus by arthroscopic surgery, which reduces the trauma of the operation and reduces the likelihood of complications. Depending on the location and size of the meniscus cyst, the cyst is dissected or the damaged part of the meniscus is removed.

ENTRUST THE CARE OF YOUR HEALTH TO REAL PROFESSIONALS!