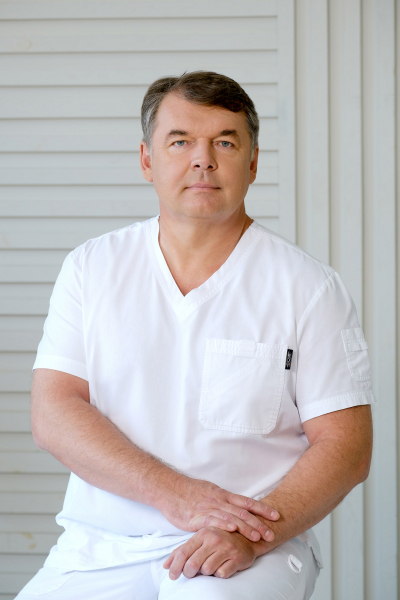 Orthopedic traumatologist of the highest category, leading specialist of the Medical Center, Doctor of Medicine


1994-2003-worked in the private center of orthopedics and Traumatology "Dr. Linko Clinic".

2003-2012-clinic of microsurgery and reconstructive surgery of the upper limb of the Institute of Traumatology and orthopedics of the National Academy of Medical Sciences under the supervision of Professor S. S. Strafun.

Since 2011-head and leading specialist of the Medical Center "modern orthopedics", since 2020 renamed the Center "Orthopedics of Ruslan Sergienko".

Since 2020-founder and leading teacher of the school of arthroscopy Ruslana Sergienko.

Conservative treatment of knee and shoulder joint pathology using new technologies and ultrasound navigation.
All types of arthroscopic operations on the shoulder and knee joints.
Complex reconstructive surgeries, including osteotomies.